NOTHING!! Heterogeneity is a term used to apply to a clinical situation where a given phenotype is due to multiple different causes. Micrognathia is such an example. In each case, the condylar growth center of the mandible is affected by some different event or disease such as trauma, arthritis, genetics or infection and produces characteristic faces. In the older literature these patients were described as “bird faced”. The underlying features, micrognathia and microgenia, steep occlusal plane and high mandibular plane angle, all produce a clockwise rotated face with characteristic cephalometric features.

While the specific etiology is variable, the sequence is constant. The ramus/condyle unit fails to grow, producing a short ramus. This inhibits or deforms the posterior maxilla, thus steepening the occlusal plane. Further horizontal growth of the mandible is limited and the direction is vertical. This increases the mandibular plane angle. The dentoalveolus compensates but that results in increased vertical height and flaring of the lower incisors. The perioral soft tissues become incompetent. Thus when considering the pathogenesis of this phenotype, there are three components at play. 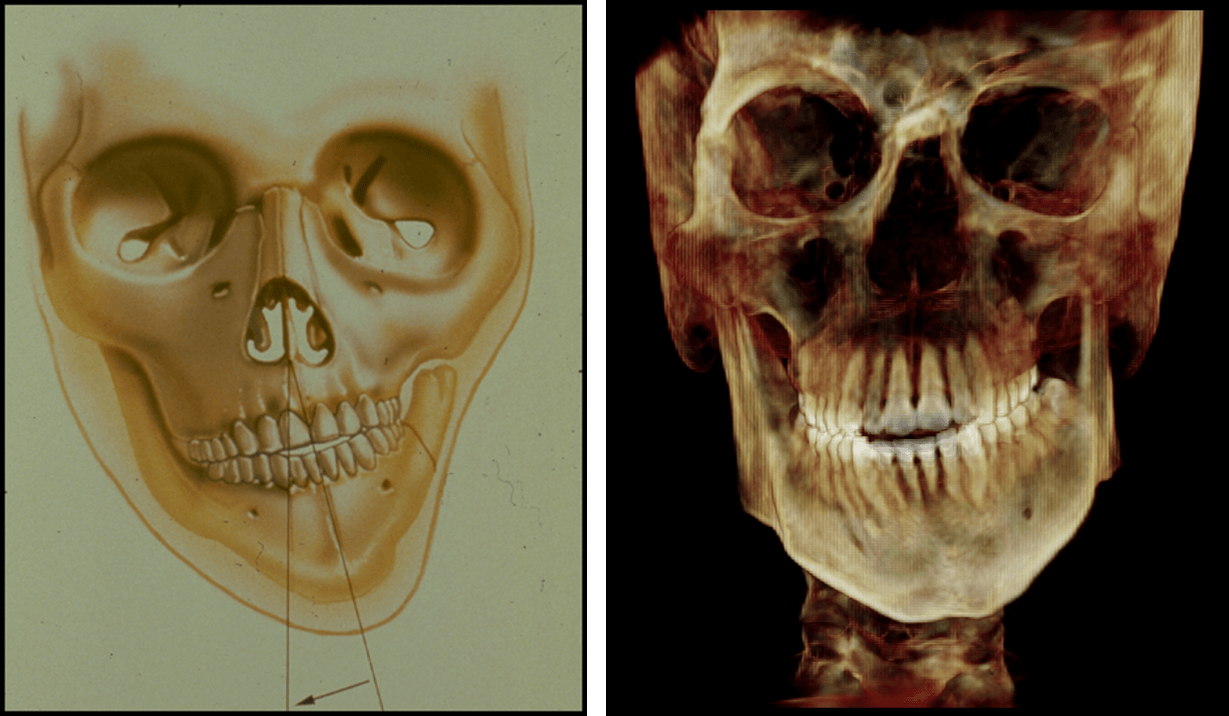 Understanding this pathogenesis helps us to understand other dentofacial deformities and sets the road map for their combined orthodontic and surgical treatment. Consider these examples, a patient with type III hemifacial microsomia on the left and Juvenile Idiopathic Arthritis on the right. In both cases, the left condyle was absent or arthritic and restricted downward growth of the left posterior maxilla. In contrast, the contralateral right side overgrows, canting the occlusal plane and rolling the maxillio/mandibular complex. The lower teeth further complicate the case by tipping (compensating) left to right.

Once the components of the deformity are identified and quantified, a treatment plan can evolve. First decompensating the dentition, constructing the primary deformity then reestablishing the occlusal plane and leveling the roll to balance the contralateral jaws. These steps all lead to an orthognathic dentofacial correction.

The patient is an 18 year old female who was referred for the evaluation of skeletal facial deformity by her orthodontist.

Her primary chief complaint, however, was that she had a retruded chin and jaw. A complete dentofacial work up was undertaken. This demonstrated bilateral temporomandibular joint condylar resorption suggestive of juvenile idiopathic arthritis and she was referred to a rheumatologist for a complete workup. She was diagnosed with multiarticular juvenile idiopathic arthritis (JIA) and was placed on a series of medications including Methotrexate, initially, then Humira along with active physical therapy. Eventually, the disease was brought under control and she presented for corrective surgery. The patient’s intermaxillary opening was greater than 40mm without TMJ pain. However, she has a severe class II malocclusion with significant dental compensation. She had a steep occlusal plane, micrognathic mandible, a high mandibular plane angle with a rotated genion and a total lack of genial projection.

Based on the findings of that workup and the occlusal evaluation, it was decided that in order to establish appropriate overjet which allowed for maximum mandibular advancement, the patient would require the removal of her lower first bicuspids and her impacted third molars. During orthodontic preparation, she continued to be managed on Humira. Initially, an MRI with contrast demonstrated a significant effusion in both joints. As the rheumatologist managed her arthritis medically, the clinical picture improved as did her back pain and her knee pain. Eventually, the bone scan did not demonstrate any effusion and we elected to proceed with her orthognathic surgery, accepting her deformed but functional asymptomatic temporomandibular joints . The patient was taken to the operating room at approximately age 20. She underwent Lefort I osteotomy for advancement and leveling of the occlusal plane, counterclockwise rotation and advancement of the mandible via sagittal ramus osteotomy and genioplasty. 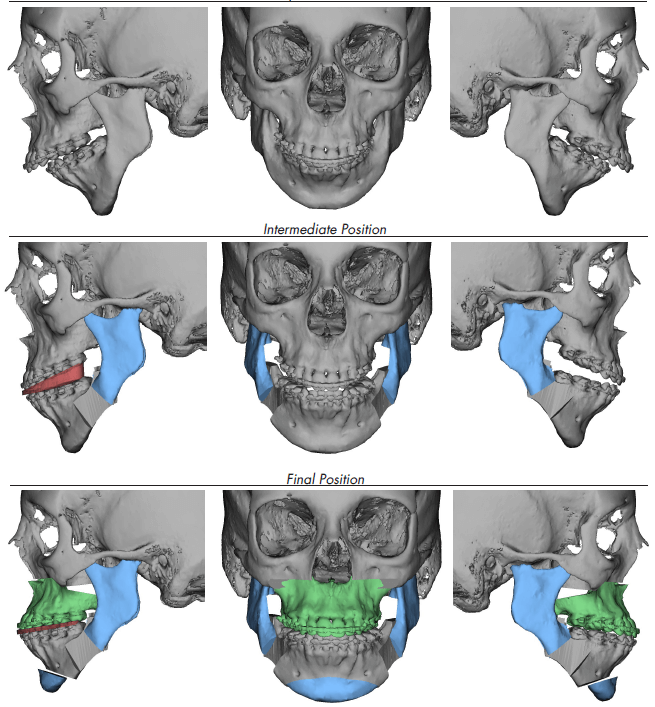 The patient did well after the surgery and had a dramatic functional as well as esthetic result. Eventually, the patient completed her orthodontics. She has been followed for the past 7 years and has not demonstrated any tendency towards relapse or return of symptoms. She is off all medications. 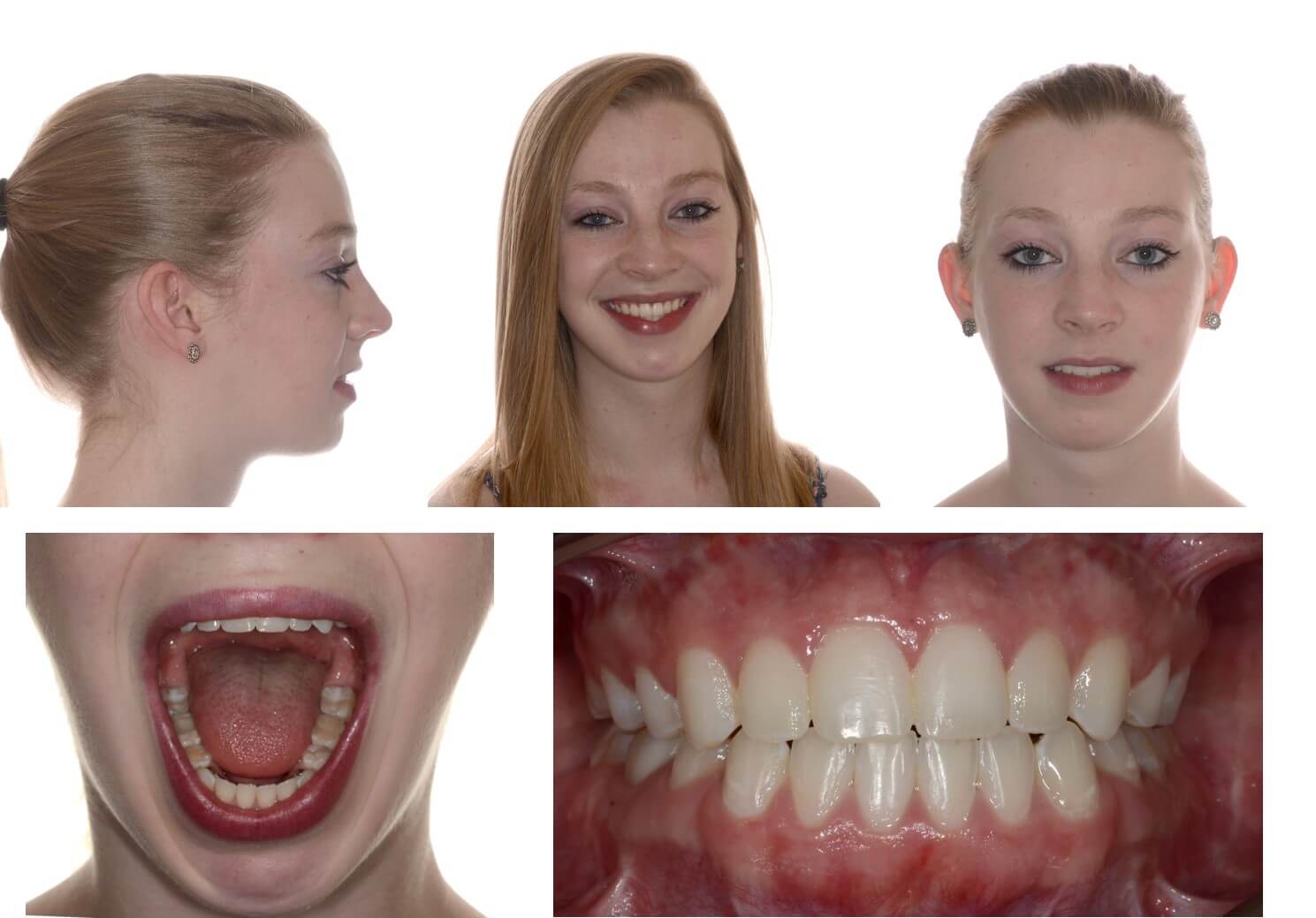 This is an example patient with idiopathic juvenile arthritis who presented to the oral and maxillofacial surgeon and orthodontist for the treatment of her dentofacial deformity, micrognathia. While she had symptoms of multiple joint involvements, the diagnosis of juvenile idiopathic arthritis was not made. Once it was established and the disease was brought under control, she then underwent corrective jaw surgery normalizing her face.

Microsurgical repair of the trigeminal nerve is not a common skill set found in an oral maxillofacial practice.

At NYCOMS, we are fortunate to have a team composed of Dr. Salvator Ruggiero and Dr. Bradley Romsa who have been trained and are experienced in this surgical discipline. Dr. Ruggiero learned these skills at Harvard University while training at Massachusetts General Hospital. Dr. Romsa completed his training at Texas Southern Medical Center and Parkland Memorial Hospital with Dr. John Zuinga, a noted authority on micro neurosurgery.

Together, they have developed a NYCOMS approach for the evaluation and treatment of patients with traumatic injuries to the nerves of the jaws and tongue.

After an initial evaluation, a choice of options is presented to the patient. If indicated, surgery is performed at Northwell Long Island Jewish Medical Center or New York Presbyterian Medical Center.